In the dark of evening, a teenage boy sneaks into his neighbor’s house and hacks into their computers. Just for fun.

Right after that, a body of someone in the same neighborhood is discovered. Amanda was pretty and flirtatious, and the women hated her. She flirted with everyone’s husbands, and now she has been murdered.

So the question is, who did it? Who is keeping secrets? It turns out that pretty much everyone has something to hide, from Amanda’s ex-husband to the boy’s mom to the new woman across the street. And what did the teenage boy discover that could help or hinder the investigation?

Murder mysteries never really appealed to me. I thought, what kind of entertainment was it to see people getting killed and to figure out who did it? Isn’t that making light of something serious? But this isn’t what Someone We Know tries to accomplish. Instead of glamorizing murder, it struck me as a cautionary tale about lying and keeping even the smallest secrets from family and neighbors.

We’ve seen most of this before. There’s a suburban vibe to things, a neighborhood where nothing rarely ever happens. But…*gasp!…people are hiding secrets. Most of what drives the actions is based on an affair, too, something we’ve seen plenty of times before. As a result, the first half of the book was pretty bland. Readers are introduced to the families on the block, though we don’t know a lot about the families other than that they’re suburban neighbors. Then we have the two detectives who question everyone; readers see the first questioning and then the detectives talk about it amongst themselves. Then this process is repeated with more families. So it gets kind of repetitive in that way, but beginner readers might like the chance to have the information repeated and discussed.

As for the characters themselves, while not interesting, I did find myself caring about what would happen to them. Olivia struck me as a moderate Republican with a baby-boomer the-world-today-sucks attitude and I didn’t like her, originally (not necessarily because of party). Carmine was new to the neighborhood, so you wanted to root for her, but she was such a busybody. One detective, too, seemed to play the obligatory role of the guy who just seems to be there to taunt people and get them in trouble. Actually, there aren’t too many characters here that I really liked. On the other hand, I didn’t despise reading about them either, like there was just enough to be interesting. I was especially interested in Raleigh, the teen hacker who sneaks into people’s houses. At first I didn’t understand how the two stories interacted, but I apprenticed it more when he started playing a role in the mystery. I was disappointed that most scenes involving him were left as cliffhangers, particularly one where readers actually see him break into a house. I would have liked more tie-ins to his storyline. Still, I found myself becoming very drawn to these characters and as a result, got more and more into the book as it went on.

The first half was very generic, but when things pick up, it’s harder to put down. Lapena is good at utilizing twists that make you go back and forth; it’s no longer a straightforward book. Just when you think you know who did it–bam, another piece of evidence comes up. I did figure it out well before the book ended, but I don’t think that’s a bad thing with mysteries. Part of the fun is trying to get ahead of everyone else. Of course, I don’t know whether I first pieced it together because of the clues, or rather, because of the writing and the way that Lapena drops in seemingly useless details. But then you get to the end only to have another whammy revealed, leaving readers with a chill. THIS is the way to end a thriller. You give the characters their ending, and there is closure, but there is still a sense of something wrong that’s a little different. Many authors lately have failed to achieve this balance, and it’s led to hasty endings. Will there be a sequel?

Overall, I enjoyed this book. I wasn’t expecting much, but as things started to come together, it improved and I enjoyed trying to guess who was behind Amanda’s murder.

SONG OF THE NOVEL- Somebody That I Used to Know 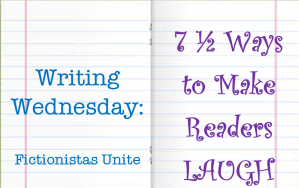